You'd think this wouldn't be news, but Rome was not built by small acorns… or something like that…

We are pleased to announce that there is a new option available for STYB: Curious Photo-Graphics!! In addition to our $9 print and free i-Pad options, STYB is now available as a PDF download! Current issues will be priced at a low $1.43 and back-issues at $3. Plus, if you purchase a print copy, you get a FREE PDF included should you want one!

In a recent Peter King hodgepodge of minutiae from Sports Illustrated, King inserted a parenthetical "Steelers" inside a quote by NFL Commissioner Roger Goodell making it appear as if a dozen Steelers lacked support in the beleaguered quarterback. Now, the King of Sports Hacks is backpedalling.
King's quote now reads, "Regarding Roethlisberger, Goodell said when he was investigating what to do with the quarterback, he talked to "I bet two dozen players ... Not one, not a single player, went to his defense. It wasn't personal in a sense, but all kinds of stories like, 'He won't sign my jersey.'"
That is a huge difference. By inserting the parenthetical, King made it appear that twelve of fifty-three teammates had issues with Roethlisberger. That's 22%. Instead, Goodell was referring to the entire 1696-man roster of the NFL. That's less than 1%. Not only that, but the mainstream media picked up the story and ran with it, painting their own sordid picture of a team that no longer trusted their quarterback because of his off-field behaviour. Some "reporters" and bloggers even took the word "Steelers" out of the parentheses! Clearly they didn't read to the end of the quote. Goodell was referring to players who didn't like Ben because of silly shit like not signing a jersey. I wonder how many of those players came from the AFC North? Seems like badmouthing Ben would be the perfect opportunity to rid your division of one of it's most talented players for a few weeks…
Now I'm not defending Roethlisberger's alleged actions in Milledgeville because I don't really need to. There are no charges and there is no case. He spent his first four games of the season at home twiddling his thumbs so the matter is closed. But King's irresponsible sensationalism has no defense and it's simply another notch in Sports Illustrated's decline over the last decade. (The only enjoyment I got out of my last few issues was counting the typos and grammatical errors, and yes, I know my own writing is filled with these, but I'm not a multi-million dollar entity with a dozen "professional" editors  behind me.)
Oh, sure, King was Peter-On-The-Spot with his "apology," as if he had expected the eventual blowback and written it in advance, but to release this "story" during Superbowl Media Week was nothing short of a personal attack. Hey, I'm all for opinions, but if you're going to try to start some shit, at least have the balls to do it as a full story and not as a casual aside in a monday morning trivia dump.
Oh, and King is not alone in this. Fingers are pointed at NFL Commissioner Roger Goodell for breathing life back into a dying story. During the investigation, no one was more transparent than Godell about just how closed the doors would be. So why, months later and just before Ben's team takes the field in Superbowl 45, would Goodell unlock the door and destroy the credibility of his word by releasing information revealed to him in confidence regardless of whether it was germane to the issue?
I'm sure Goodell related that little tidbit to King "off the record" but how smart is that? I understand Goodell wants to gossip about the League's dirty little secrets –what's the point in having secrets if you can't tell them to someone– but to gossip with Sports Illustrated's most well known scribbler? This does not bode well for the CBA agreement.
This whole thing seems like it was a tandem act meant to sell magazines, malign the Steelers organization and assassinate the character of Ben Roethlisberger which he has worked hard to rebuild. I guess Goodell wasn't happy with the little doghouse that he put Ben Roethlisberger in and decided to add on an addition, and he got his little dog-walker Peter King to yank the chain.
Posted by M Styborski 1 comment:

The Best Post-Season Team In The Superbowl Era!

Well, another NFL Season has come and gone and save for the Superbowl there's not much to do this week. But fear not turf-loving brothers and sisters!! Our Boredom = Your Knowledge! We got to wondering, "Who is the greatest post-season NFL team of the Superbowl Era?" Of course, while millions of armchair coaches have contemplated this question, none have ever bothered to answer it with more than a beery, "MY TEAM!!" So we got out our trusty slide rule, a piece of string and a box of paperclips and set ourselves to task! (Hold onto your vodka kids, this is gonna be a long one!)

After some thought we came to the conclusion that the laurels would rest on three statistics:
1 - percentage of post-season games played
2 - post-season depth
3 - post-season win/loss record.

Post Season Appearance Percentage:
This is simply a percentage of how many post-season games a team has played versus the amount of post-season games they could have actually played in. Most NFL teams have been around since Superbowl I and could have played in 167 post-season games. This includes all wildcard, divisional and conference championship rounds, and of course, the Superbowls. The Following table uses the following abbreviations:

Note: Some teams have bounced around the league a bit so I used the NFL's rule of thumb for stats. The Raiders, Rams, Cardinals and Colts retain all stats played under their respective team name regardless of city. The Browns retain all stats from Cleveland and the Titans retain all stats from the Houston Oilers. The Ravens and Texans start fresh from when they entered the league. Also, the Packers and Steelers have not yet played in SB 45, so each teams stats includes a loss for that game. I checked the numbers, giving each team a preliminary win, and it doesn't really move them up or down in any category. After the game, I'll edit the stats to reflect the winner.


Who's amazing? Well, clearly Dallas and Pittsburgh shine here with over 50 post-season appearances apiece but what really caught my eye was the Baltimore Ravens… while they only have 15 appearances, that's out of 60 possible games!! That's a better percentage than New England or Green Bay! But then look at San Francisco in fifth place… behind Minnesota and Oakland? Seriously? Well, that's why we have the other categories…
Depth:
Depth is calculated by adding the points for each post-season win or loss, by round, and dividing that number by the total post-season games played. Essentially, depth reflects how far a team goes once it makes the playoffs. For teams with a full 45 seasons, the depth score tops out at around 3.61. This is due to the first 12 years of the NFL having less than four post-season rounds.

The following table shows post-season games played, (PSPG), depth score, number of byes, wildcard wins, divisional wins, conference championship wins, superbowl wins, post-season losses and depth ranking. Points are scored as follows: bye (2), wilcard (2), divisional (3), conference (4), Superbowl (5) and loss (1). Byes score the same as wildcard wins because that's essentially what they are.
Now that looks a little more like a list of World Champions. Granted Dallas falls to seventh because even though they have five Rings, they also have 25 post-season losses which really hurts their depth score. But don't worry, we still have one more category…

Wins and Losses:
The last category is a simple percentage of post-season wins and losses. I don't think that needs much more explanation, so here we go…


So, now that we've ranked our teams by categories, all we need to do is average those rankings for an overall score and see just who is the best post-season NFL team in the Superbowl Era!

And there you have it! Is our reasoning sound? Pittsburgh, with six World Championships and another possibly on the way, places at the top followed by the two teams with five WC's. San Fran over Dallas? Yep, they're undefeated in the Superbowl and they got their five rings in less games than the Cowboys. The Raiders in fourth? Damn right! They have three rings and have been to a quarter of the post-season games they could have played in and they won 58% of those! Baltimore in fifth? One ring and an amazing 67% W/L record in the playoffs in just 15 years!

About the only surprise we found was that the Detroit Lions were not the team in last place. That spot goes to the Houston Texans who have never made a post-season appearance, but take heart Texans fans… it took some teams over twenty years to reach the post season, (SF and NO come to mind,) and you guys have only been at it for nine!

So, questions? Comments? Advice on the numbers? Be our guest and rattle off a comment! We'd love to hear from you! 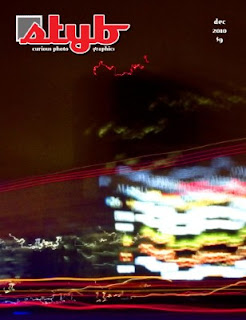 But honest, we've been awfully busy since the BP Oil Hemorrhage, really, we have! How busy? Well, we've begun Styb: Curious Photo-Graphics, a bi-monthly photography magazine showcasing the camerawork of M Styborski! Print issues are on sale at MagCloud and we also offer FREE, full issue downloads for the Apple I-Pad! 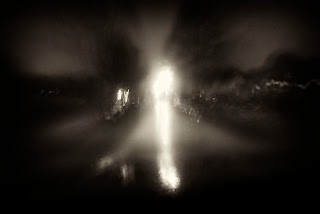 In conjunction with Styb, we've also rolled out a new M Styborski gallery space at RedBubble where ten works from each issue of Styb will be offered for sale to the public as postcards, prints and posters! 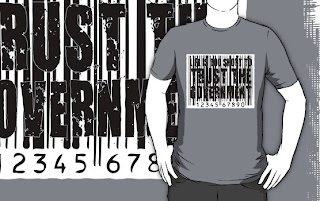 Also available through RedBubble, in our gallery Gift Shop, are a select number of propaganda items in the form of posters, t-shirts and stickers! No self-respecting Modern Rebel should be without these items! There may even be generous discounts on bulk orders, so order by the case and let me know!!

We've also been sub-contracted for another year at HumidCity, (which is where we've been hiding the last few months,) for a number of reasons –not the least of which is that we work incredibly cheap– so if you don't see anything new here, click on over there and see what you're missing! And we promise to be here more often for you!